Skip to content
There was an article out yesterday (6 April 2019:  “Fat chicks shouldn’t wear Lycra”) about a woman who was trying to get fit by riding a bike and the street harassment she suffered because she was overweight. It’s just another example of the deeply embedded sexism in our society and the continuing lack of respect and value that many men give to women who fail to live up to their expectations of beauty and behaviour.
In a discussion about the article, a friend of mine commented that at her gym, women seem to be more concerned with how much weight they have lost and whether they look any better from the exercise they do, whereas the men seem to be there mainly to get healthy. 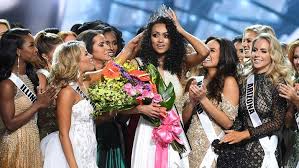 She went on to ask why women put themselves under so much pressure to look a certain way, and compete with each other on appearance – clothes, weight, makeup, meeting beauty standards.  She said she didn’t want to blame men for the problems women have with their appearance, which is what she thought I wanted to do, that it is a complex issue and she was concerned about the way this preoccupation with appearance affects children. So this is my response.
First, I don’t think blaming men is an answer to anything.  Holding men to account is a different issue altogether, and we should absolutely do that.  I don’t blame or hate men and I don’t want men to be damaged any more than I want women to be damaged. I do want men to step up and be accountable for changing the way they think about and behave towards women.
Second, women’s preoccupation with appearance is definitely not a simple issue; it is a systemic problem that has become multifaceted over the centuries. If I blame anything, it’s the system that developed over those centuries which disadvantages both women and men in different ways, but primarily women. That system is changing, slowly, and it needs to keep changing.  That change needs to happen on a variety of levels, including the tendency for men to sexually objectify women (by, for example, assuming that the apparently unpleasing appearance of a fat woman wearing Lycra while riding a bicycle is a direct affront to their apparent entitlement to see only gorgeous women with tight bums riding bicycles, and to make their displeasure publically known). 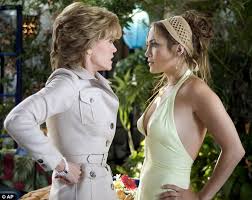 Taking it as read that some men feel it is their right and duty to judge and comment on women’s appearance and rate them on physical characteristics to determine their sexual desirability, why is it that women compete with each other on appearance? Because for centuries, women had no recourse other than to find and catch men to marry them so they could be provided with the basics for survival and, if they were lucky, some luxuries as well. For a very large chunk of human history, women were perceived and treated as commodities – used to ensure inheritance passed down the family line by producing the required male heir; used to provide domestic labour, to produce the next generation and feed the menfolk. For a very long time, women (in most societies) could not own property, earn their own income, or even buy the necessities of life; they were almost totally reliant on men to provide the means for them to live.

Life tended to be difficult and short for women who remained unmarried, unless they were members of the upper classes for whom the rules were frequently bent. For other women, remaining unmarried usually meant a 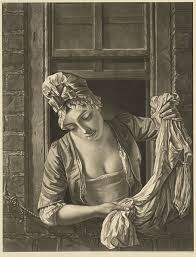 life of servitude – either as a servant, nanny, nurserymaid or governess to an upper class household, or to a relative’s family – caring for young children, frail elderly and invalids, and providing other domestic labour.  Despite all this free labour, women in these circumstances were generally considered to be burdens on their families and could be treated very badly.  If an unmarried woman was unfortunate enough to have no relatives to take her in, life was very bleak indeed.

Unmarried women were also targets of suspicion as witches and the bringers of disaster – crop failings and livestock deaths were frequently blamed on the nearest unmarried woman who would often suffer awful consequences.  Single women were also not recognised in private law until well into the 20th Century as women’s legal rights were considered to be inextricably bound to their husbands’ (Dubler, A. 2003, Theoretical Inquiries in Law, 4.2). 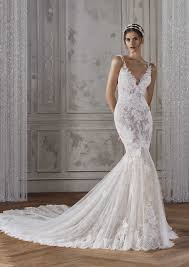 Marriage became essential to their survival, so women became adept at working the marriage market. And the primary attribute a woman needed to get the man she wanted was her appearance – big breasts, big hips, a nice face, good hair, good teeth…. much like a cattle market 🙂.  A father who could give the intended groom some money or possessions to make up for the fact he was getting this woman for life was an added advantage.  Then she needed some kind of ‘purity certificate’ – men were quite happy to badger unmarried women into having sex with them, but they only wanted to marry virgins. So women also became very adept at fending off men’s advances, and the poor unfortunates who were unsuccessful faced lives of penury and misery, being disowned by their families and relegated to the poor house or prostitution. 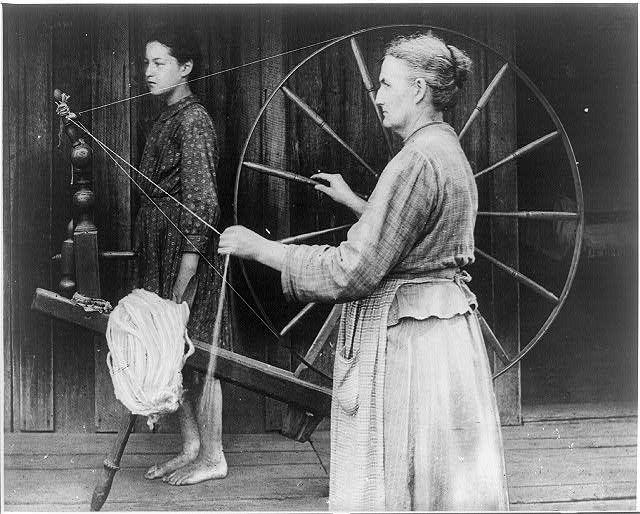 Most women – understandably – wanted to get out of the circumstances they grew up in by finding and marrying men who could provide a nicer life. In order to do that, they needed to ramp up the competition with other women who were after the same thing. So women paid careful attention to their appearance, and learned to be pleasing to men so they could maximise their chances of getting married and avoiding the fate of the typical ‘spinster’ (a term coined to describe unmarried women who spun thread or wool for a living).
Physical fitness was less of an issue before the 20th century because people walked a lot more, did manual labour in the fields, rode horses and later bicycles and didn’t have domestic appliances, elevators or lifts. Food was also less accessible to many people who lived on the edge of hunger much of the time. While having an hourglass figure was considered ideal, thinness was not valued and being plump was seen as a sign of wealth and good health. That began to change in the Victorian era, when new fads around diet and exercise began to predominate, and these have morphed into today’s obsession with thinness.

Imposing beauty ideals on women to improve their chances of getting married while limiting their abilities to lead full, independent and respected lives without being married set the scene for women to compete with each other on appearance.  It made men’s approval the goal of so many women’s endeavours, and set men up to believe they had the right to be judge and jury on a woman’s appearance.  All of this led to the pervasive male sense of entitlement to women’s time, attention, and bodies which has become so embedded in our social fabric.  This relatively simple dynamic is a root cause of domestic violence, sexual harassment and sexual assault in all its forms. 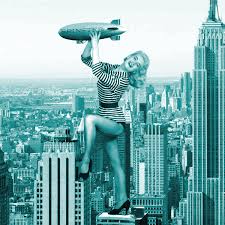 If men over the centuries had been smart enough to realise what a great deal they were getting, instead of behaving as if being married to a woman was a terrible burden they had to bear; if they had placed greater value on the person and the partnership rather than on outward trappings of beauty; and if men en masse had respected, appreciated and valued the incredible contribution women made to their wellbeing, then we would probably never have needed suffragism or feminism.  We would have had a world in which women’s lives and work were equally valued alongside men’s.

Instead, men were taught to treat women as property and not to value or respect us.  They were taught that women exist to please men and that there is no value in women who are not pleasing to men.  This gives rise to a lack of respect for women who are not pleasing to men and comments such as “Fat chicks shouldn’t wear Lycra!” are derivative of this lack of respect.  All of which led to the inevitable result that women finally said “Enough. We’re not doing this shit any more.  If we have to do what you men do in order to get out from under this tyranny, then that’s what we will do.” And the Women’s Emancipation Movement was born.  And so many men (and women) still don’t get it.

This is a narrative about the journey from apathy to activism in working towards gender equality. From the early 1990s to around 2009, the conversation on gender equality had stalled. Young women (incorrectly) thought they had equality and that they could relax into a newly equal world. Thankfully, that apathy has now shifted and the conversation has been reinvigorated, giving us new hope for a gender equal future.